With the unprecedented growth of the Asia industry, the Philippine beverage market is also on the way to thriving and bringing to the home country many economic benefits.

Therefore, this piece of writing will provide you with a ton of beneficial information and expert analysis about the Philippines beverage market, which helps build a wise strategy for business.

A brief scenario of the Asian beverage industry 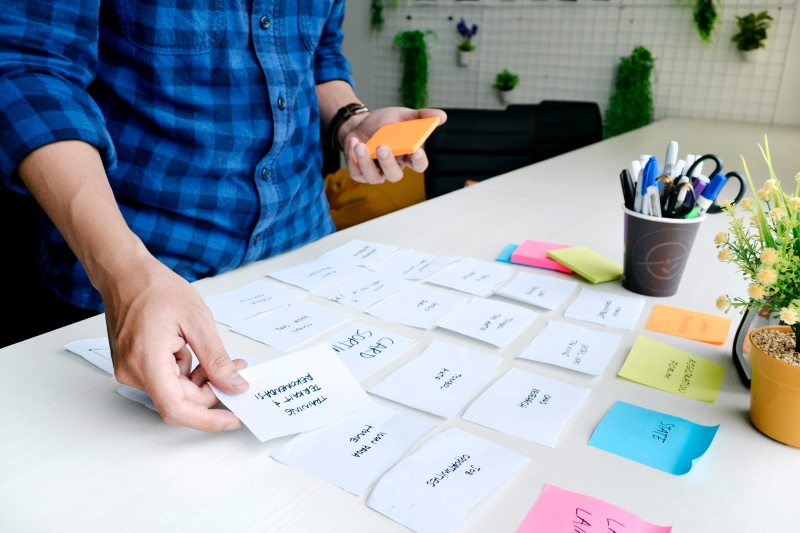 Asia’s growth recently represents a vast and increasingly influential market in the food and beverage (F&B) industry – it is believed to become the largest consumer of food and beverages worldwide by 2030.

The rapid urbanization and increasing number of beverage businesses in Asia are some of the factors that have led to the region’s robust growth.

The investment landscape in Asia is significantly competitive, characterized by its distinct cultures, customs, and culinary preferences – demographics play an essential role in determining market trends for the industry.

There are many factors that drive high alcohol consumption in Asia

The changing consumption behaviors and increasing discretionary spending promote the growth of the alcoholic beverage market in Asia.

The aging population and limited alcoholic consumption, as well as factors such as higher living standards, rising health concerns, and a preference for beverages with low alcohol content, all contribute to the optimistic growth of Japan’s alcoholic beverage market.

In India, an increase in the purchasing power of the middle-class population, as well as the growth of the urban population, are the primary factors driving high alcohol consumption. The significant efforts made by manufacturers to expand purchase systems and strengthen distribution channels such as convenience stores and online retailing are contributing significantly to the growth of the Asian alcohol market.

China holds the biggest share in the Asia market.

China is the top leading consumer of bottled water by volume in 2015, overtaking the U.S. which held the top place 10 years ago.

Moreover, the packaged water market has experienced rapid growth of 15% CAGR from 2008-2014 (volume) – with high single-figure growth still forecasted for the following years.

The escalation of the global consumer culture in China and the consumers’ increased desire for a premium beverage have primarily influenced the growth of the market in the country.

Increasing disposable incomes increased exposure to western lifestyles, and the rising desire for international tendencies are among other factors that have affected this changing trend. On-trade channels, like hotels, restaurants, clubs, bars, and off-trade channels, like supermarkets, convenience stores, and grocery shops, form the key distribution channels for imported beverage in China.

Moreover, the Chinese government is making considerable efforts to improve the world’s largest selling Chinese spirit, baijiu’s, prominence in the international market. The product is vital for promoting tourism in China. 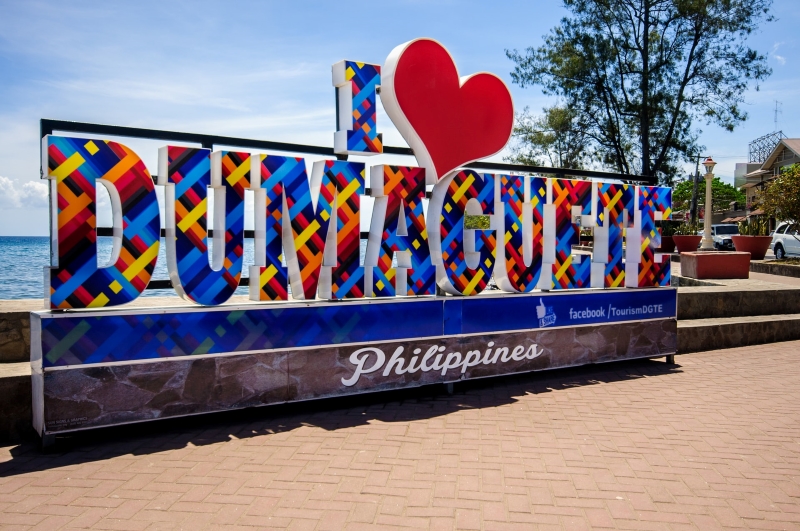 And according to Asian Development Bank, the pandemic is causing a severe recession in the Philippines. Years of consistent economic growth of around 6.4% up until 2017 were followed by a 7.3 percent drop in GDP in 2020. The country’s economy, however, should be back on track in the coming year.

The Philippines now is one of the emerging economic countries in South-East Asia, although there is a big gap between the rich and poor. There is also a solid north-south divide as development, modernity, and economic activity are focused on the island of Luzon, but those in southern Mindanao are still wealthy by comparison and make their living mostly by farming.

The service part is the main force that saves the economy, contributing around 60 percent of the total GDP made up of telephone services for the market, software development, online services, and tourism. The manufacturing industry holds 30 percent, followed by agriculture, forestry, and fishing.

The whole Philippines Food and Beverages market revenue has reached over USD 100 billion in 2020 and is expected at a 7.16% CAGR during the forecast period of 2021 to 2027.

The number of water-using growth as are non-CSDs, albeit on a smaller scale. Also, the industry reacted to the introduction of the sugar tax in 2018 by downsizing product content to limit sugar tax impact, using alternative ingredients, and making healthier drinks which created markets in nearly every area.

Changes in consumer trends in favor of online shopping with setting up new retail channels such as modern supermarkets, convenience stores and grocery stores ensure ever-increasing outreach to the general population.

According to a Euromonitor report above, there will only be a slight change in consumption of all non-alcoholic beverages. In terms of growth for individual drinks ranges, this change will be a modest decline in CSDs, bottled water, ready-to-drink (RTD) tea, and sports drink. Consumption of energy drinks is expected to be constant at a stable level, with RTD coffee likely to rise by a few percentage points.

The recycled glass bottle is still a firmly established feature in the Philippines. For CSDs in particular, it is assumed to have a 66 percent share of the packaging industry in 2020, ahead of PET with 31 percent. However, Euromonitor said that it could change again in favor of the PET bottle as PET is anticipated to increase by 11 percent. For the water segmentation, 98 percent is in plastic packaging, which is mostly PET, and 2 percent in the glass. Here, the raising in PET use would be 12 percent and 9 percent for glass. 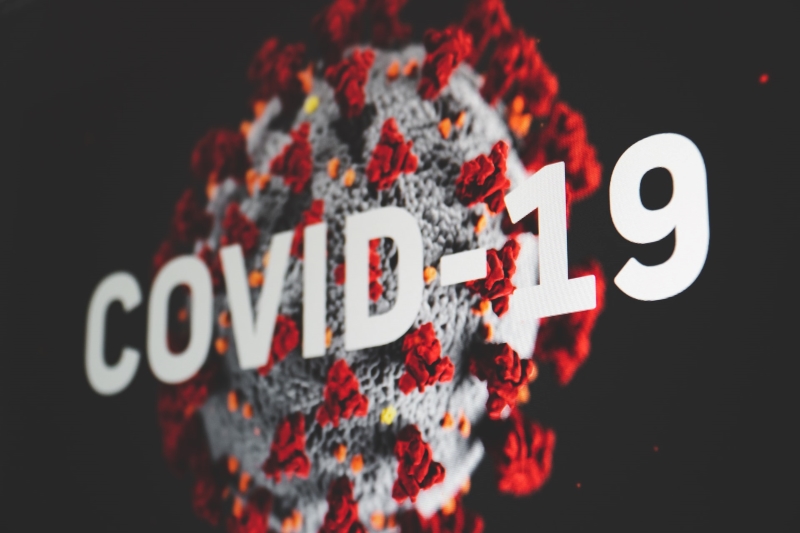 COVID-19 has had a significant impact on food and beverage supply chains as well as consumption patterns in the Philippines. The pandemic in 2020 had a substantial impact on dining out, which was the preferred celebration in family celebrations. However, the market showed a positive growth rate in 2020, owing to increased consumption of heated foods and beverages and home-based food preparation, as well as direct purchasing in retail stores.

The market is assumed to recover in the short to medium term, owing to the economy’s quick recovery and the increasing penetration of super and hypermarkets, as well as Western and domestic beverage chains.

Key plans of companies operating in the Philippines beverages market industry are identified as showcasing their contactless manufacturing and supply chains, highlighting USP statements, focusing on beverage packaging, and being highly presentable on online platforms.

The beverage industry is set to experience a few changes in 2021 due to the increased consciousness of consumers. This inclination could be a sustainable, regenerative, plant-based drink, and the demand for immunity-boosting ingredients is driving the need for these products and their constituents. They do It Yourself (DIY) trend has seen massive momentum during the Corona situation and is expected to continue after 2021.

In terms of consumer-ready product imports, the Philippines is the world’s tenth-largest market and the top destination for US investors. Soybeans and soybean meal (US$841 million), wheat (US$700 million), and dairy products (US$273 million) were the top five agricultural exports from the United States to the Philippines in 2019.

The Asia market in general and the Philippine market in specific are the potential market share for long-standing investment. But to be successful in whatever market, the business needs well-prepared plans and detailed research to understand the local interest and needs.

For that reason, this article is born as a practical tool to help researchers explore the Philippine beverages industry analysis. Also, you can learn more about the Philippine or other beverage industries at Tan Do blog any time! 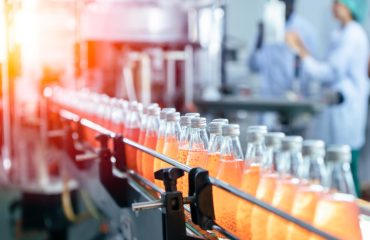 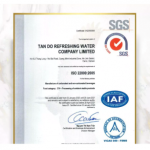 Next post
Why is a food and beverage control system important for an F&B business?